Node.js is a development runtime environment used to create websites and apps. It’s hugely popular, open-source, and was launched in 2009. In this article, we offer you a list of companies that use Node.js and explain the advantages of using Node.js in software development.

First created and released in 2009 by Ryan Dahl, it’s now used by millions of developers worldwide to run scripts server-side to develop more scalable websites and apps, making it ideal for big projects.

Before looking at our list of fifteen high-load websites and applications built with Node.js, let’s consider the benefits of using Node.js for project development and the reasons why it’s so popular around the world. For those who aren’t technical, don’t worry, we’ve outlined the key points: the business benefits of why developing high-load (popular and large) websites and apps using Node.js makes a difference.

If we are to take away the technical language and focus on the business benefits of using Node.js. They include:

Is Node.js Really Changing the Market?

The benefits we have outlined above make Node.js a frequent choice for software development, and according to Statista, Node.js was the most popular option among developers in 2020. The combination of making websites and apps more efficient, speeding up response times, and reducing costs, all helps Node.js developers become ever more in-demand.

Now, let’s take a look at the largest sites built with Node.js in server-side runtime environments.

15 Websites and Apps built with Node.js

Here is a list of fifteen large companies that use Node.js for developing their products.

One of the first-ever financial technology companies in the world, PayPal now has over 377 million users, sending and receiving money around the world. At the same time, PayPal is available in over 200 countries and it supports 25 currencies.

Node.js plays an integral role in the PayPal architecture. It allows developers to scale solutions more quickly and easily, powering web applications and giving teams the ability to move faster. Naturally, this improves the user experience too.

LinkedIn started life as an online CV website founded and launched by Reid Hoffman, one of the most prolific and respected serial entrepreneurs in Silicon Valley. It has evolved into a massive and fast-growing professional social network, where people find business opportunities, promote themselves and their work, and is a crucial way of generating sales leads and winning new customers.

Originally, LinkedIn was built with Ruby on Rails. However, in time, they switched to Node.js for several mission-critical reasons, given the scalable nature of the platform. Compared to RoR, Node.js executes code and performs 20 times faster than Rails.

Node.js also requires far fewer servers. Where Rails might need 30, Node.js only needs 3, so as LinkedIn continued to scale, it didn’t need nearly as many servers to deliver the same application features and user experience, making Node.js faster and smoother.

Due to the size of this website, and other online assets Dow Jones operates, there is a need for scalability and speed. Using Node.js allows Dow Jones and Wall Street Journal Online developers to build and launch new functionality quicker than was previously possible.

This also means that features, pages, and other functionality are delivered quicker to readers and web visitors. Everyone benefits from this, including advertisers, who are keen to ensure adverts reach the right audience at the right time, without impacting page loading speeds or the quality of the adverts.

Yahoo! was one of the early tech giants and search engines, which also runs a wide range of media brands or portals, alongside other services such as Mail (email). It provides a range of portals, or platforms, for news, entertainment, sports, finance, weather, price comparisons, local advertising, and other information sources.

As one of the most widely visited online platforms, Yahoo benefits from a scalable and fast architecture. Node.js plays an important role in using it in several core products, such as Answers and Screen.

Designed as a new way to write, publish articles and read online. Medium was founded by Evan Williams, a former co-founder of Blogger (bought by Google in 2003), and then Twitter. Medium not only serves as a platform for anyone with an account to write and publish articles, including countless businesses but a media platform for publications and online magazines.

It was originally written in Node.js, and although the technology stack is different and has evolved, the main app servers are still written in Node. As apps and websites evolve, often a wider range of solutions are brought in to scale the architecture and functionality. And yet, a crucial piece of the architecture behind Medium has been developed in Node.js, and it continues to play an important role.

Shutterstock is one of the oldest online image libraries, including an extensive collection of music and videos. There are over 1 million contributors on the platform, with 300 million images and video clips. So far, 1 billion downloads from companies and individuals who have used images and videos creators upload. It’s available in 150 countries, with the site translated into 21 languages.

Naturally, when it comes to delivering such a large amount of content (images and videos) to a global audience, you need a fast server-side environment. Node.js, ensures this, which is why it still plays an important role in the architecture of Shutterstock.

Ancestry.com is the world’s largest online genealogy company, with several brands that help customers discover who their ancestors are, locate graves, buy newspapers that contribute towards ancestry research, and test DNA for an even deeper look back into your genealogical past.

Speed and secure scalability are essential, with them having 3 million paying customers, having sold over 18 million DNA Kits, and a library of over 10 billion historical records. Two of the main brands they still own are FindAGrave and AncestryDNA, and both divisions continue to grow under the new owners, private equity giant, The Blackstone Group.

Customer service software company Zendesk has risen steadily, as TechCrunch put it in 2013, to the “Top Of The Helpdesk Heap.” Now it’s generating $1 billion in revenues, with 170,000 paying customers, and has 3,750 staff around the world. It provides a range of helpdesk and customer service software products, incident premium call and chat services for larger teams, and AI-powered chatbot services.

Node.js plays an important role in the server-side environment, ensuring services are delivered to customers at scale.

For a number of years, Groupon was the most popular daily deal website, and it’s still doing well as a public company, generating approximately $3 billion.Groupon effectively operates as a two-sided marketplace, providing deals from businesses to a consumer audience, operating in 150 cities around the world.

Due to the size of the audience, Groupon needed a tech stack that could deliver what web visitors and, therefore, customers need quickly, at scale. For that reason, they turn to Node.js as a key component of the server-side environment. Built with:

With a variety of learning tools and games, such as flashcards, Quizlet is an eLearning application that’s now available in 130 countries around the world, with 16 language options. In 2019, it had around 50 million users and grew even faster, with schools in many countries being closed in 2020.

Quizlet is also an eLearning solution for schools, and teachers can use it in the classroom when a school pays for a subscription. It uses Node.js to speed up the delivery of digital assets to users from the server-side environment.

Netflix is one of the leading video streaming platforms, available in 190 countries and with more than 220 million subscribers. This streaming service has become a go-to spot for entertainment thanks to its wide collection of movies and TV shows, user-friendly interface and high-quality original content.

Node.js plays an important role in Netflix’s tech stack, being used for its ability to enable speedy, lightweight applications. By using Node.js, the Netflix app has reduced startup time by 70%.

Uber is a transportation app company founded in 2009 in San Francisco, with the company having been so successful that Uber is now a synonym for cab. When using the service, passengers can hail a ride in 10,000 cities in over 80 countries around the world by connecting with drivers in real time. Therefore, the application deals with enormous amounts of data.

Uber uses Node.js because it helps process vast amounts of data quickly, eliminates errors right away (users don’t need to restart the application), and allows for the deployment of new code quickly.

GoDaddy is a popular web hosting provider. Their two main services include domain names, a website builder, and web hosting. In December 2021, GoDaddy had over 21 million customers and more than 6,600 employees around the world.

GoDaddy switched to Node.js in 2016 as they redesigned their website, choosing it because it reduces server load and brings costs down.

eBay is one of the largest marketplaces in the world and has nearly 135 million active users. This multinational company was founded in 1995, and by 2019 had become a multibillion dollar business operating in more than 32 countries.

Ebay was originally built with Java but they decided to change due to its slow runtime and disparity between front-end and back-end code. For its new tech stack, eBay used Node.js to make their website as real-time as possible.

Last but not least among our list of companies using Node.js, Walmart is an international retail corporation, operating a chain of hypermarkets, grocery stores and discount department stores. Walmart is the biggest hypermarket chain by revenue in the world, as well as the biggest private employer with nearly 2.2 million employees. In 2020, Walmart had a revenue of $523.96 billion.

The company also has an e-commerce website that attracts 80 million customers per month. Originally, their website was built on Java but its monolithic architecture wasn’t suitable for their distributed teams. Walmart rebuilt its website using Node.js because they wanted to enhance performance and make the website more search engine friendly.

Set your product up for the future with Node.js

As you can see, a whole host of popular websites have been built with Node.js, confirming its reputation as an incredibly useful development runtime environment for creating websites and apps. Companies that use Node.js choose this technology for its numerous advantages, and to ensure that websites and apps load as quickly as possible.

At SECL Group our teams specialise in software development using JS/Node.js. You might even say that these technologies are a favourite of ours, and we have worked on various projects using it. For example, we are proud to have developed several websites for South Korean automotive company Hyundai on Node.js.

Our team has experience both with legacy code as well as with creating new code from scratch, so if you have a project based on this technology you wish to discuss, please feel free to reach out to us.

As you can see, Node.js is an incredibly useful development runtime environment used to create websites and apps. Developing using this within servers ensures websites and apps load faster. For businesses, this means it comes with the following advantages:

Work with SECL Group for your next website or application project: write to us to get started if you want a web project successfully developed and launched. We have experience with clients big and small, with over 70 skilled developers and consultants across the company to support your goals. 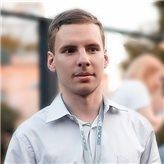